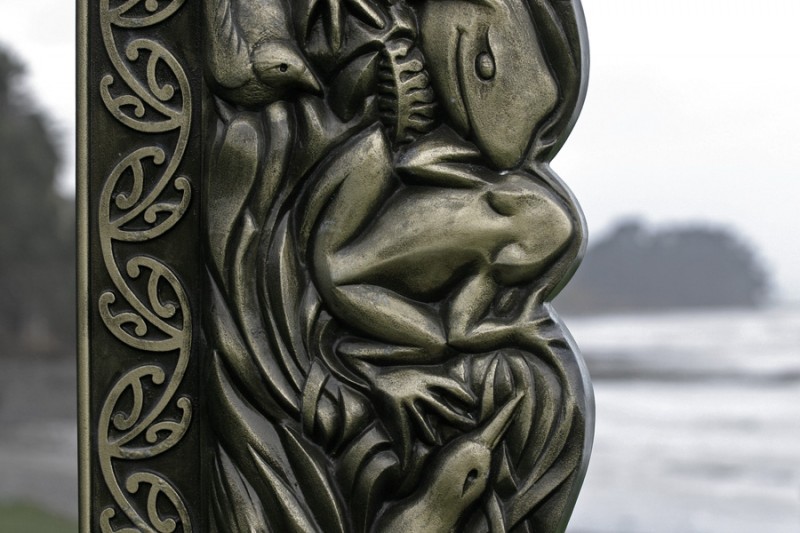 Frozen together for eternity

There was once a small frog named Bongaloo who lived down by the sea. He spent his days eating flies and laying in the sun and doing what most frogs do. The Bird of Kiwi and Ironho, the lizard, were his loyal friends, warning him of danger when the snakes would crawl near.

One day, Bongaloo met a magical man named Magic Man. Magic Man told Bongaloo that he was over 3000 years old and, if Bongaloo wanted, Magic Man could make him live forever too.

Bongaloo considered Magic Man's offer. He told Magic Man that he would accept his offer only if his friends, Ironho and the Bird of Kiwi, could join him. Magic Man smiled and then he waved his magic wand. Bongaloo saw a blinding flash of light and then he saw nothing more, ever again.

So the next time someone magical promises you eternal life, just remember the story of Bongaloo and his loyal friends and think twice before you give up what is real in the hope of achieving something that cannot be.

Nice story ... like the ones parents used to read you before going to bed :)

You scare me man! Did you use a flash? If yes it must have remined Bongaloo something.

I like the choice you make to cut the metal, just keeping the head of the bird and the snake, and a complete frog.
Thanks for the story.

you can also gain eternal life by drawing your name in wet cement - much easier than being frozen for eternity like poor Bongaloo.

Bongaloo looks like he is ready to jump away from both the Bird of Kiwi and Ironho. Perhaps both friends were unsatisfied with the prospect of being frozen for eternity. I would also attack.

haha nice capture. and its nice to hear a story too..