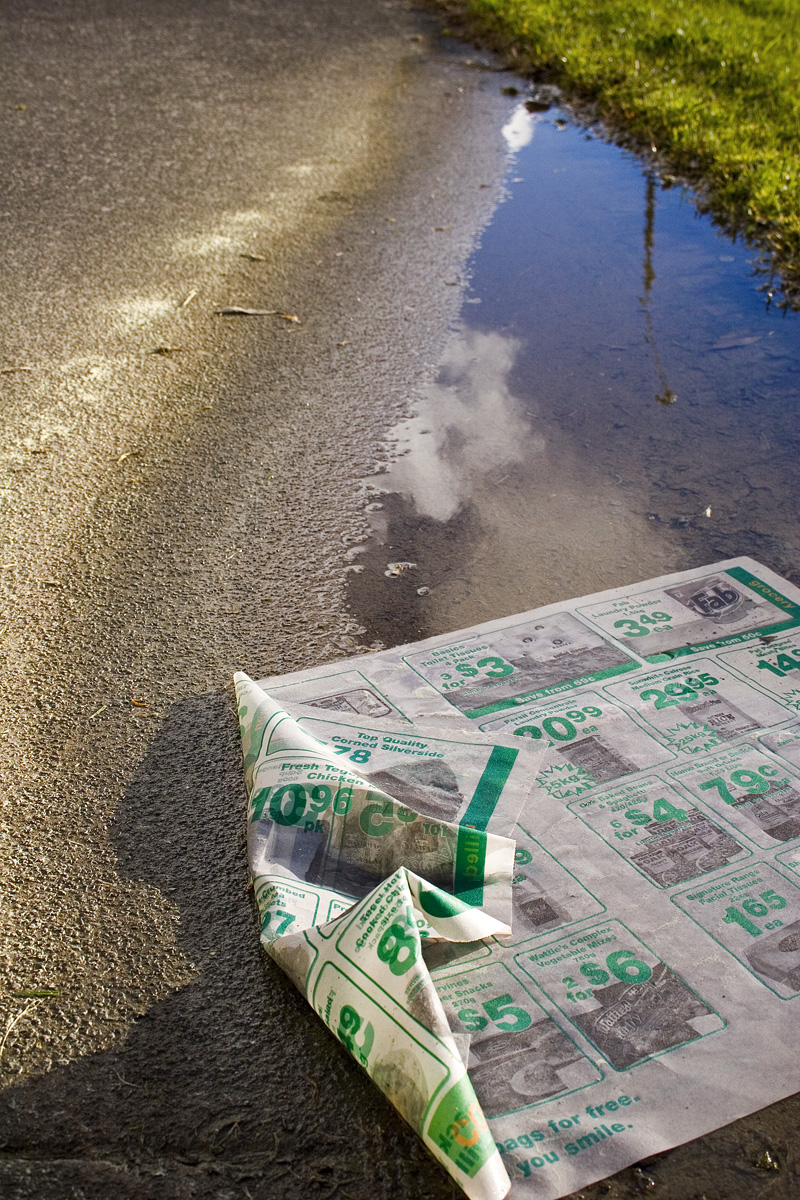 Newspaper in the puddle

Well, after taking over 65,000 photos on my trusty Canon EOS 300D, I went out and bought for myself the Canon 20D. The difference in image quality is quite noticeable but I'm not sure if this is because the 20D is that much better or because my old camera was starting to show its age. Either way I'm having fun with my new toy and pictures of anything (including newspapers in puddles) has become fun again.

Many thanks to my parents who gave me the 300D as a gift back in 2004. That camera has been responsible for almost all of the 688 photos listed here on Aminus3.

Congragulations on your new camera!

Now you understand why I've been shooting with the 20D too. I steal from you know who when I see a shot I can't resist. Congrats...you'll love the 20D