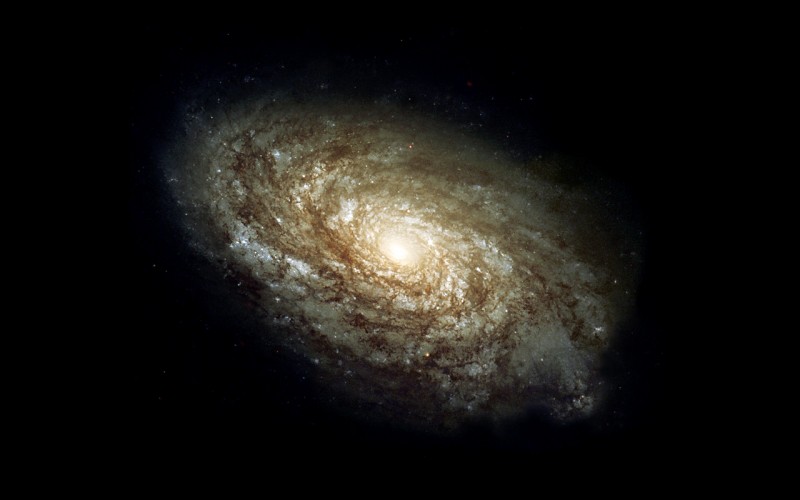 I have to admit I didn't take this picture. It was captured in 1995 by the Hubble Space Telescope. NASA has recently approved a shuttle mission to fix this legendary instrument. This image in particular was taken from this list of the Top 100 Hubble images.

I find it amazing that this galaxy (similar to our own) contains more than 100 billion stars. 100,000,000,000 is a number difficult to imagine. If a star was the size of a frozen pea, then 100 billion of them would completely fill a large auditorium, like the Royal Albert Hall or the old Boston Garden. (Statistic taken from Bill Bryson's A Short History of Nearly Everything.)

Another way to think of these enormous numbers is if you go to the beach and take a handful of sand, you'd have about 10,000 pieces of sand in your palm. On a very clear night with the unaided eye, you could see about 10,000 stars in the sky. Now here's the interesting bit: There are more stars in the universe then all the sand on all the beaches of the Earth. Think about that.

Initially I thiought you must have done something with a roten egg. Hee! For thanks for the information, its making me think.

Btw, the picture of the red stairs in my site was taken outside the Regal hotel in Hong Kong.

One does learn something everyday in our journey photoblogging :)

That is very informative amazing...thanks for sharing..