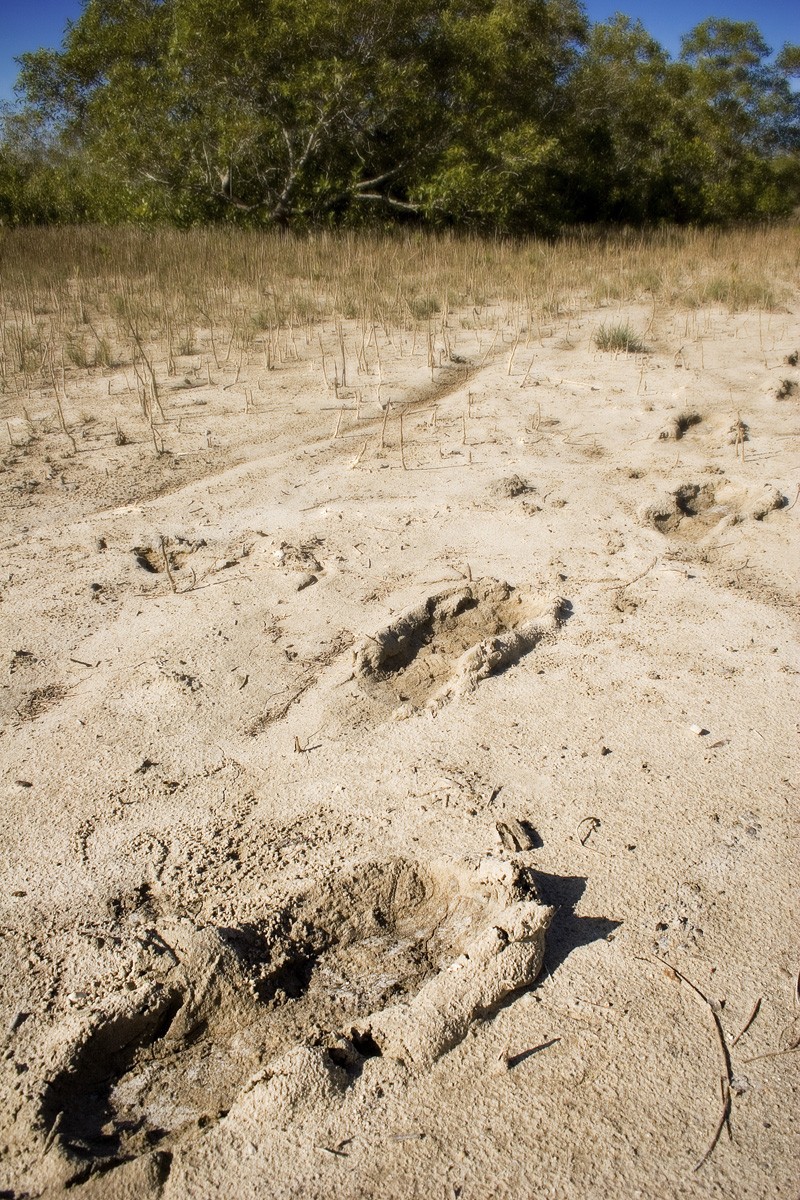 Prehistoric footprints in the mud

Out walking in the ever deadly Australian outback and I came across these footprints in the dried mud. I stop and wondered what brave Australopithecus afarensis had been trotting through this part of the woods. And then I realized that the species of afarensis had been localized to Eastern Africa and it would be highly improbable of them to make it all the way to Australia, especially considering that the Australian continent had been floating free for millions of years.

So then I started thinking that maybe these footprints weren't created by prehistoric hominids after all but rather (and more likely) just some modern Homo sapiens like me. Needless to say I was rather disappointed but in the end I'd rather be aware of the truth then live my life in ignorance.

According to the size, it should have been of the godzilla specie, which has not totally disappeared.

maybe it was an ogre!

Bigfoot in Aussie land??? Never know.
Maybe my mum? (don't tell her I said that..)
I like the wide angle shot. Did you use a wideangle lense?