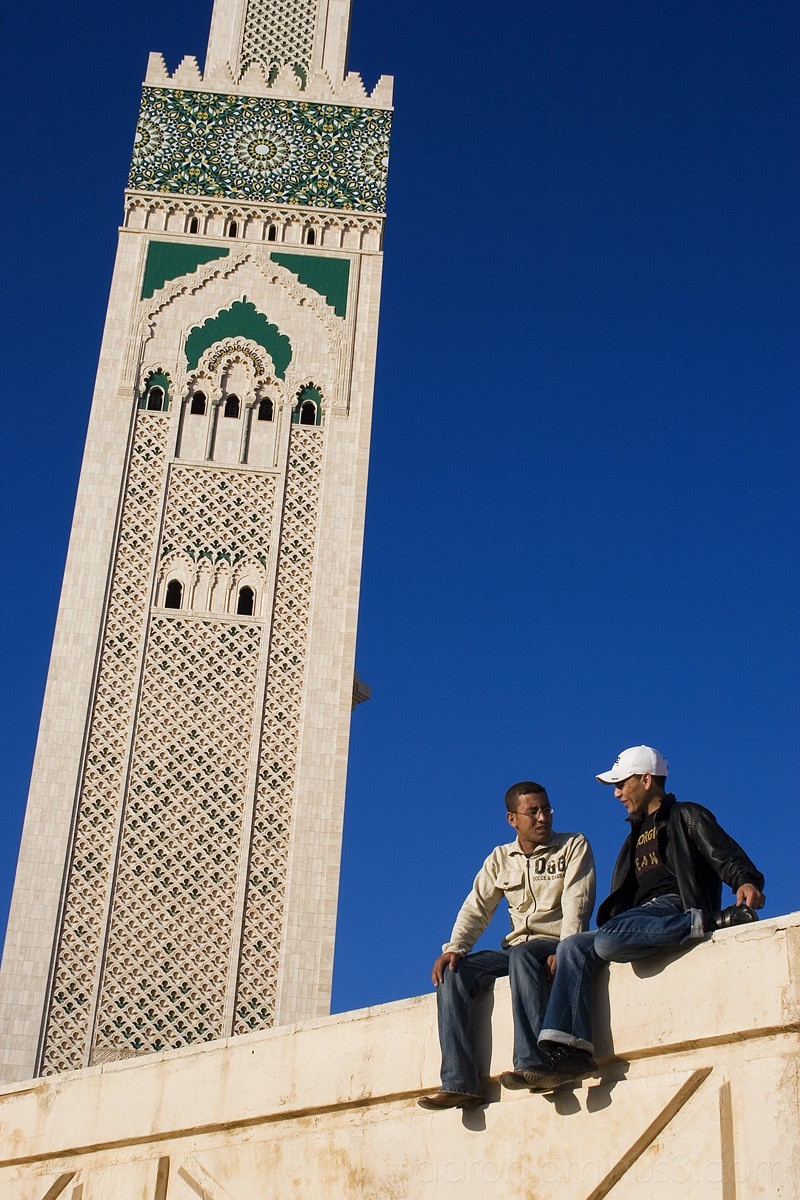 Sitting by the Grand Mosqué

This is the Grand Mosqué of Casablanca and it's impressive. The Hassan II Mosque is the second largest in the world with almost half of its surface lying over the Atlantic ocean. It is a massive structure and this picture doesn't really give the proper sense of size but I liked the blue, blue sky.

Beautiful building and interesting lines. The people are what make this work for me. Nice shot.

great shot.. good of you to include the people in this one.

Can get a sense of distance and scale thanks to the two figures. It is kind of dizzying when you look at the black windows near the top.